He is arguably the best stock car racer in the country and now, he’s going head-to-head against the best racers in the world. NASCAR Sprint Cup Series driver Kyle Busch is scheduled to make his Pro 2WD off-road racing debut in the Traxxas TORC Series Presented by AMSOIL Aug. 24-25 at Chicagoland Speedway in Joliet, Ill.

The 2009 NASCAR Nationwide Series champion will face drivers such as seven-time AMA champion Ricky Johnson; off-road star Rob MacCachren; and motocross legend Jeremy McGrath, who is being inducted into the Motorsports Hall of Fame of America that same week. Many drivers have raced in off-road prior to their careers in NASCAR, Brendan Gaughan and Jimmie Johnson to name a few. Busch has previous dirt racing experience, driving a dirt late model in the annual “Prelude to the Dream” race founded by NASCAR champion Tony Stewart.

“I’ve always wanted to try out one of the Traxxas TORC Series trucks, so being able to race one at Chicago is going to be a lot of fun,” Busch said. “Racing an off-road truck has been on my list of vehicles I wanted to try out before my racing career was over, so I have to thank Traxxas for giving me a chance to come out and race one of these short course trucks for the first time.” 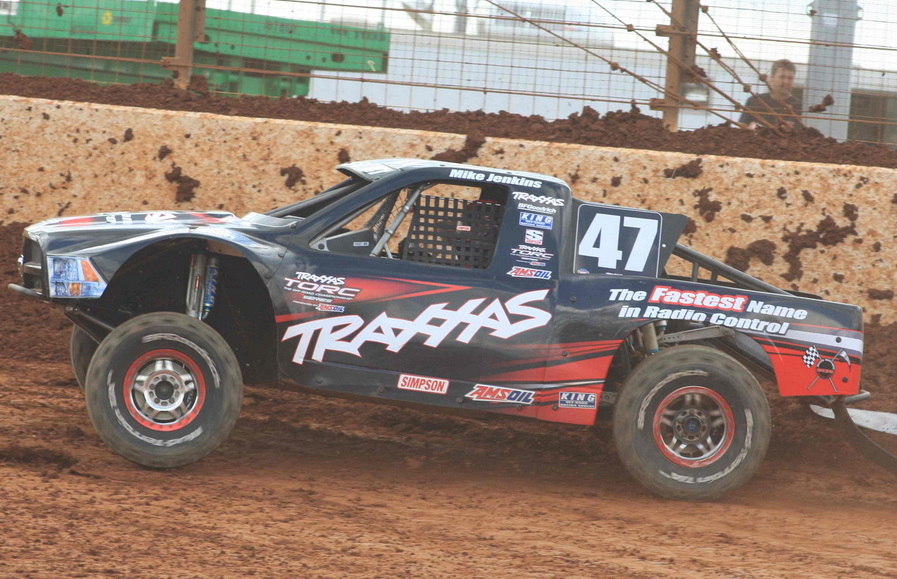 The event, held the same week as the NASCAR Camping World Truck Series’ and IZOD IndyCar Series’ events at the speedway, puts the The Traxxas TORC Series and its drivers right in front of a whole new group of enthusiastic motorsports fans. It’s an unprecedented week of “must see” horsepower and action. Chicagoland provides an incredible backdrop for the series’ television show, “The Off Road Championship,” premiering on Discovery’s HD Theater Sept. 2.

“The Traxxas TORC Series Presented by AMSOIL is the premier short course off-road series offering incredibly exciting racing at iconic venues, but it’s the class of drivers that make our series so special,” said Kevin Miller, president of the series’ sanctioning body, USAC. “When you add someone like Kyle Busch into the field, not only does it draw new fans to our sport, but it raises the game of every driver in the field. No one wants the new guy to come in and win and I think anyone who knows Kyle knows he’s not coming in to Chicago with the intent of just racing. He’s there to take home a victory and leave with the trophy.”

To purchase tickets for this event, visit TORCSeries.com for online advance ticket purchases. For more information on the Traxxas TORC Series Presented by AMSOIL, visit them on the Web at TORCSeries.com. For information on the United States Auto Club, visit USACRacing.com. Both sites will also feature live free streaming of all the events on the TORC Series schedule courtesy of GoPro cameras and eBay Motors.

Traxxas TORC Series presented by AMSOIL and Discovery HD
May 3, 2017