The TSCO “Vegas to Reno” – which is the longest off-road race in the United States with announced 534 miles in length, is one of the most popular events on the Best In The Desert schedule.

Casey Folks, Director of the Best In The Desert series, said, “In 2009 we ran a special three day race, Vegas to Reno – The Long Way!. For 2017, we’re back to the single day format and we expect it to be another extremely exciting race. The challenge and adventure of competing in such a long “point to point” race with no stopping until you reach the finish line always brings out the top off-road racers. Not only is this going to be a big event but it’s also the 13th running of TSCO “Vegas to Reno.”

This race is open to all Best In The Desert classes – cars, trucks, UTVs, quads and motorcycles and we expect over 300 entries from all across the U.S., Canada, Mexico and even Europe.” Live tracking is available here on Off-Road One.

Find live tracking maps here. Casey Folks and BitD has worked closely with the BLM to set up a course that avoids endangered species, and does not harm the environment. The race starts near the town of Beatty, Nevada, with all classes off on Friday, August 20th. Originally part of the Bullfrog Mining District, today Beatty serves as an important gateway to Death Valley, and is 115 miles from Las Vegas. The course traverses a part of the legendary Pony Express Trail made famous 148 years ago, and finishes up in Dayton, just east of Reno, Nevada. 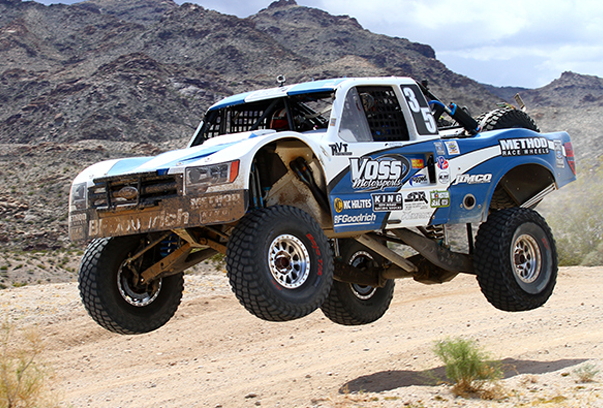 The TSCO “Vegas to Reno” race takes racers from the high desert floor at 2,500 feet elevation to mountainous heights of over 9,000 feet, forcing competitors to adjust to the changing atmospheric pressures, and endure extreme hot and cold temperature variations. This course features some of the toughest, and most varied terrain in the world. On the dry lakebed portions of the route speeds over 100 MPH are typical. Racers must fight their way through narrow canyons, boulder lined paths, and deep silt beds.Live tracking Vegas to Reno BitD race. (Best in the Desert) Not confirmed are the following standing from the time trials:

Traxxas TORC Series presented by AMSOIL and Discovery HD
May 3, 2017